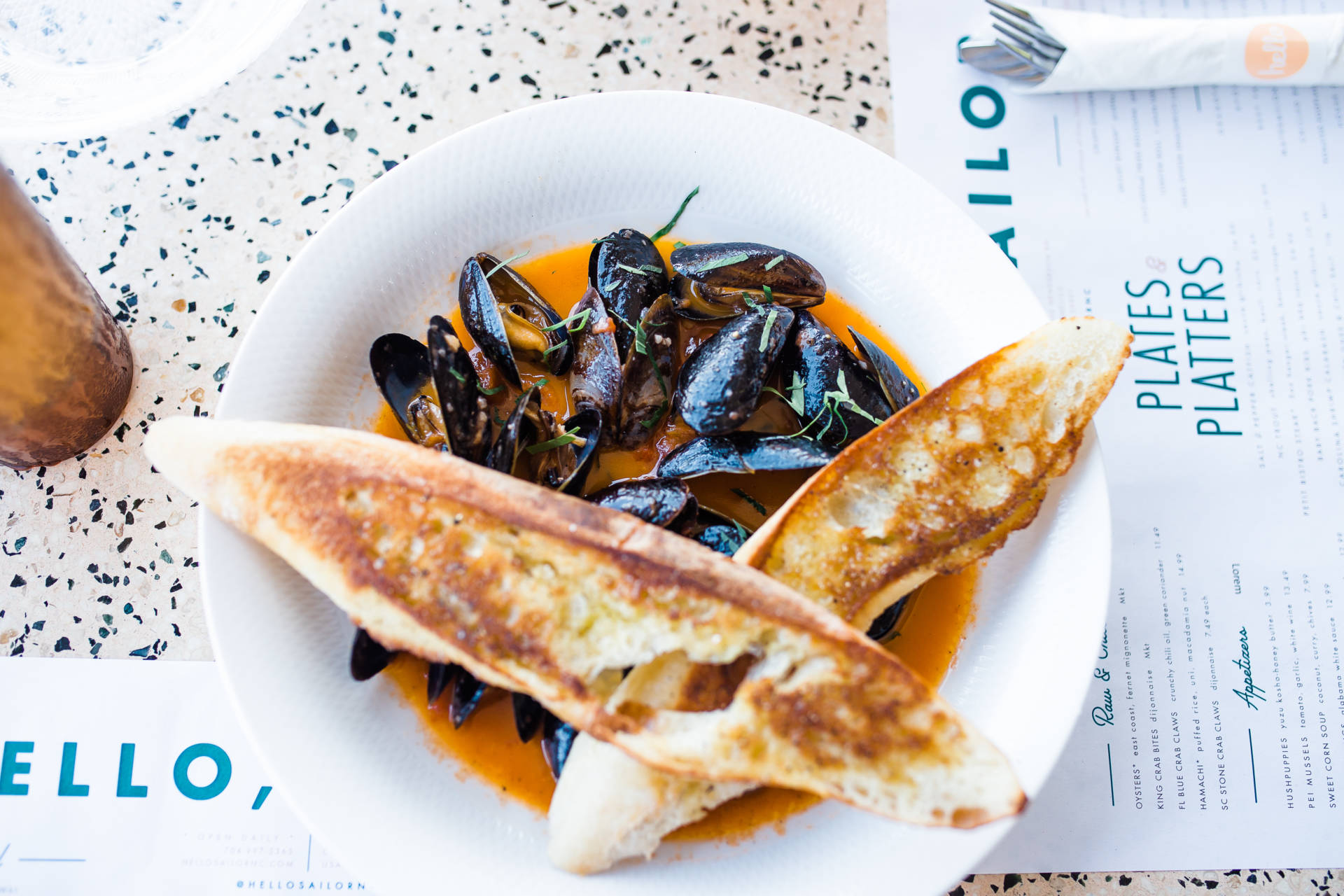 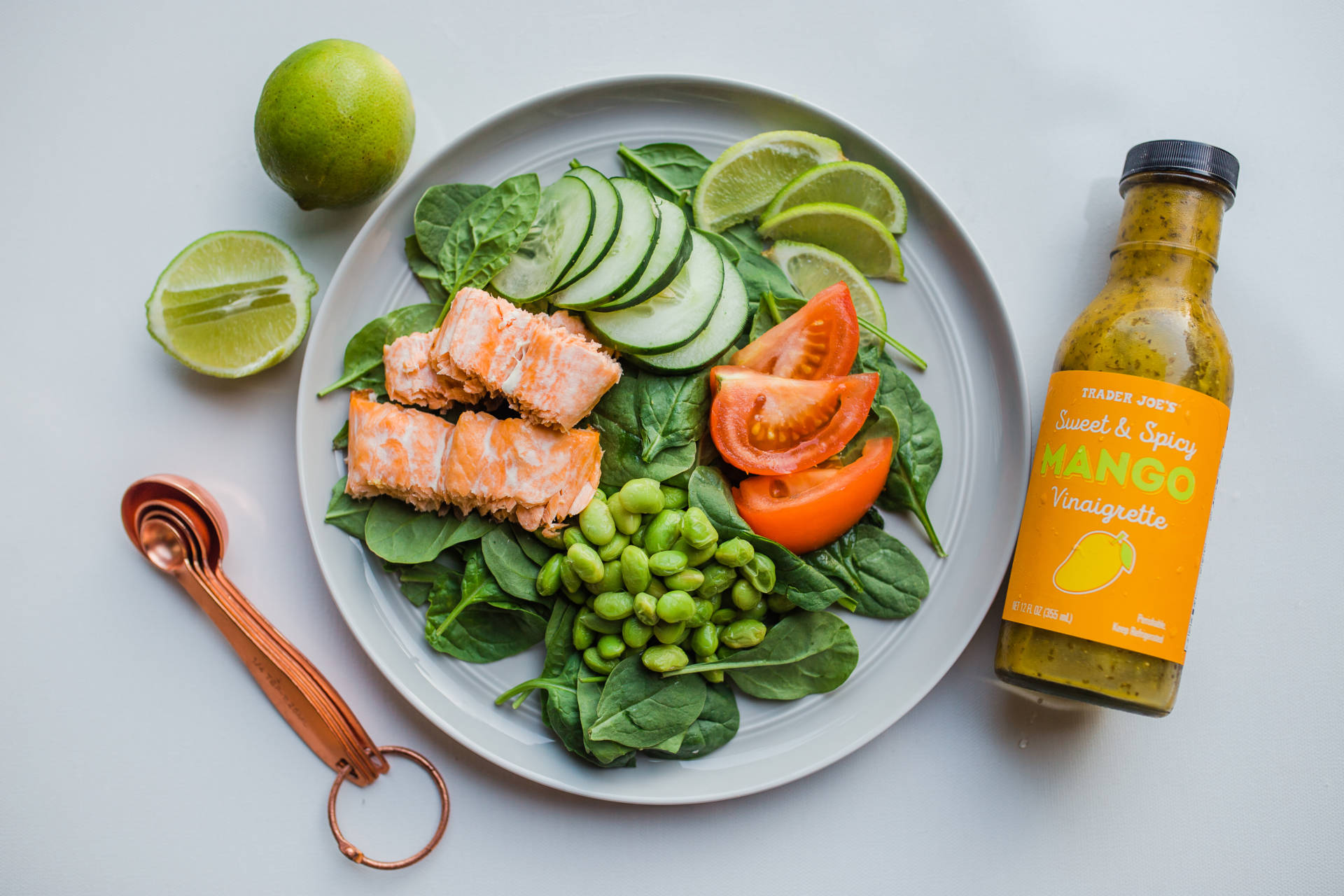 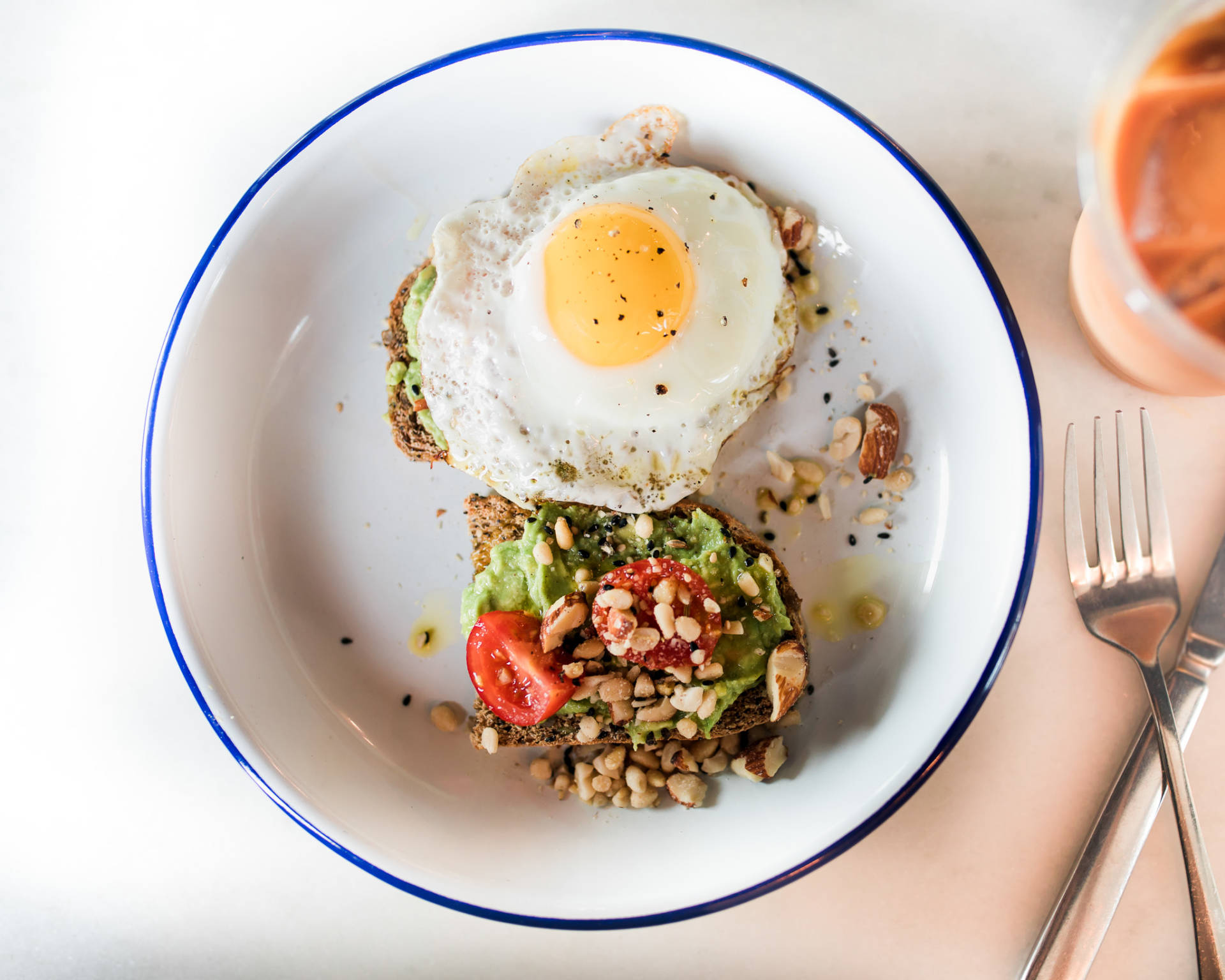 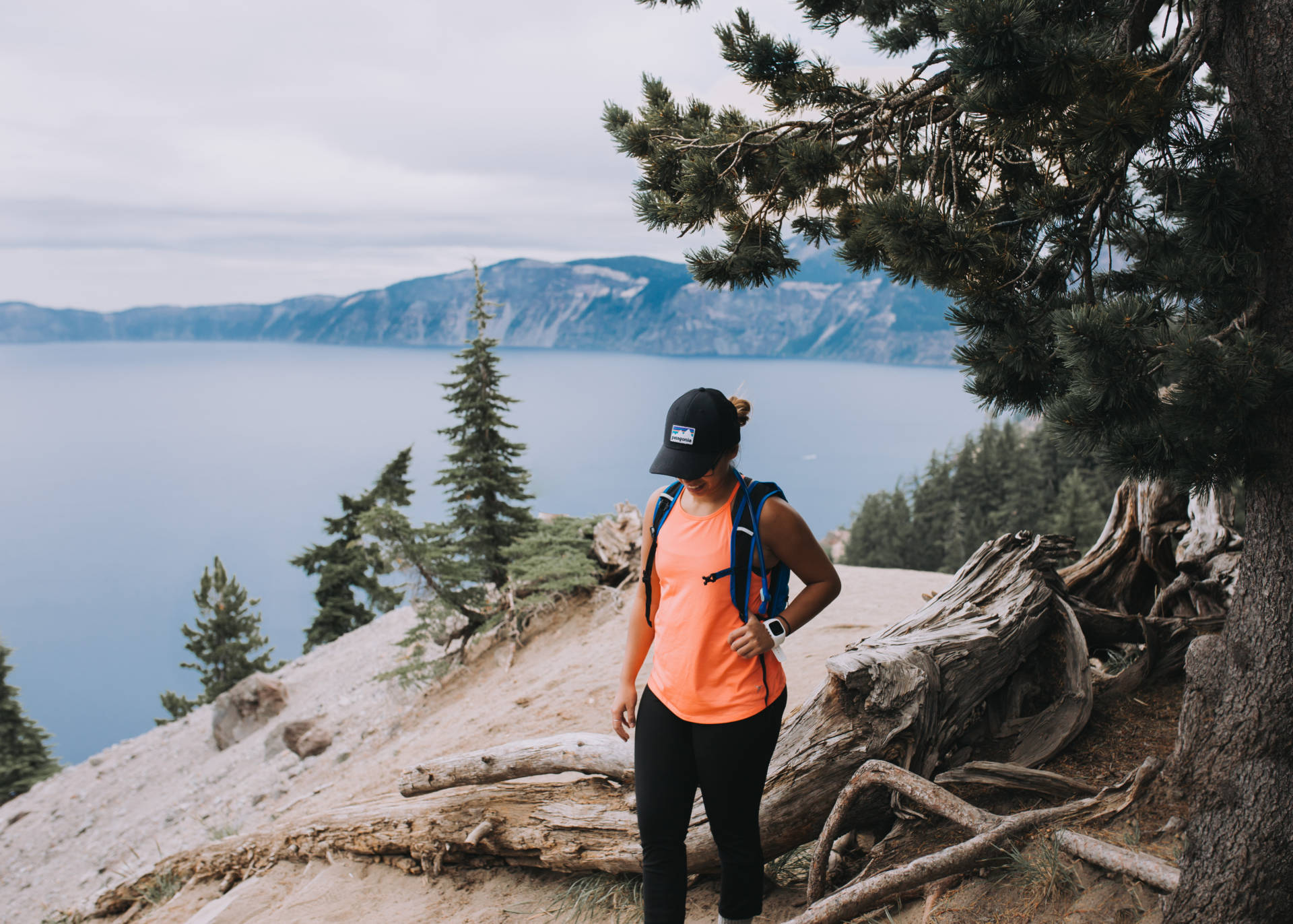 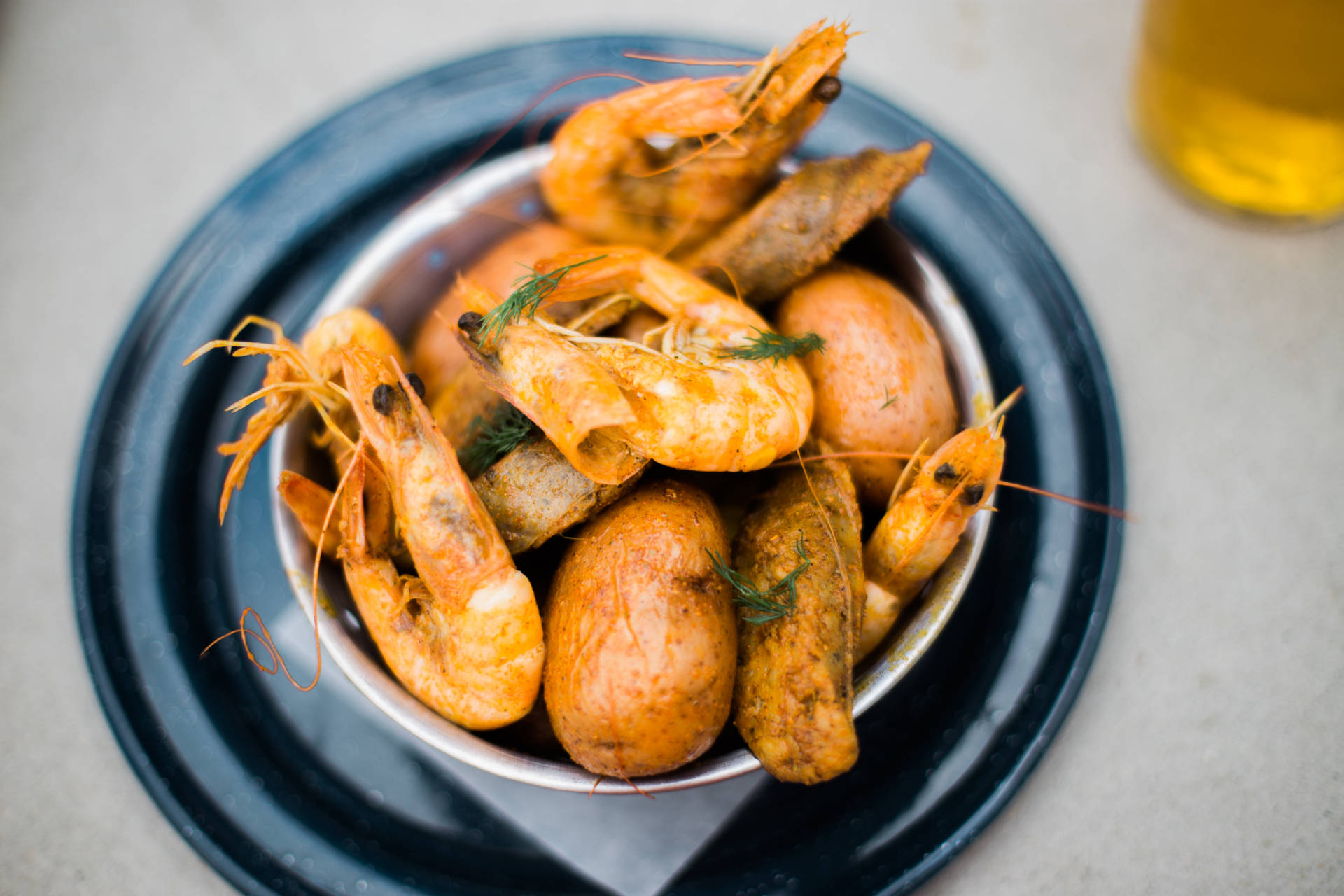 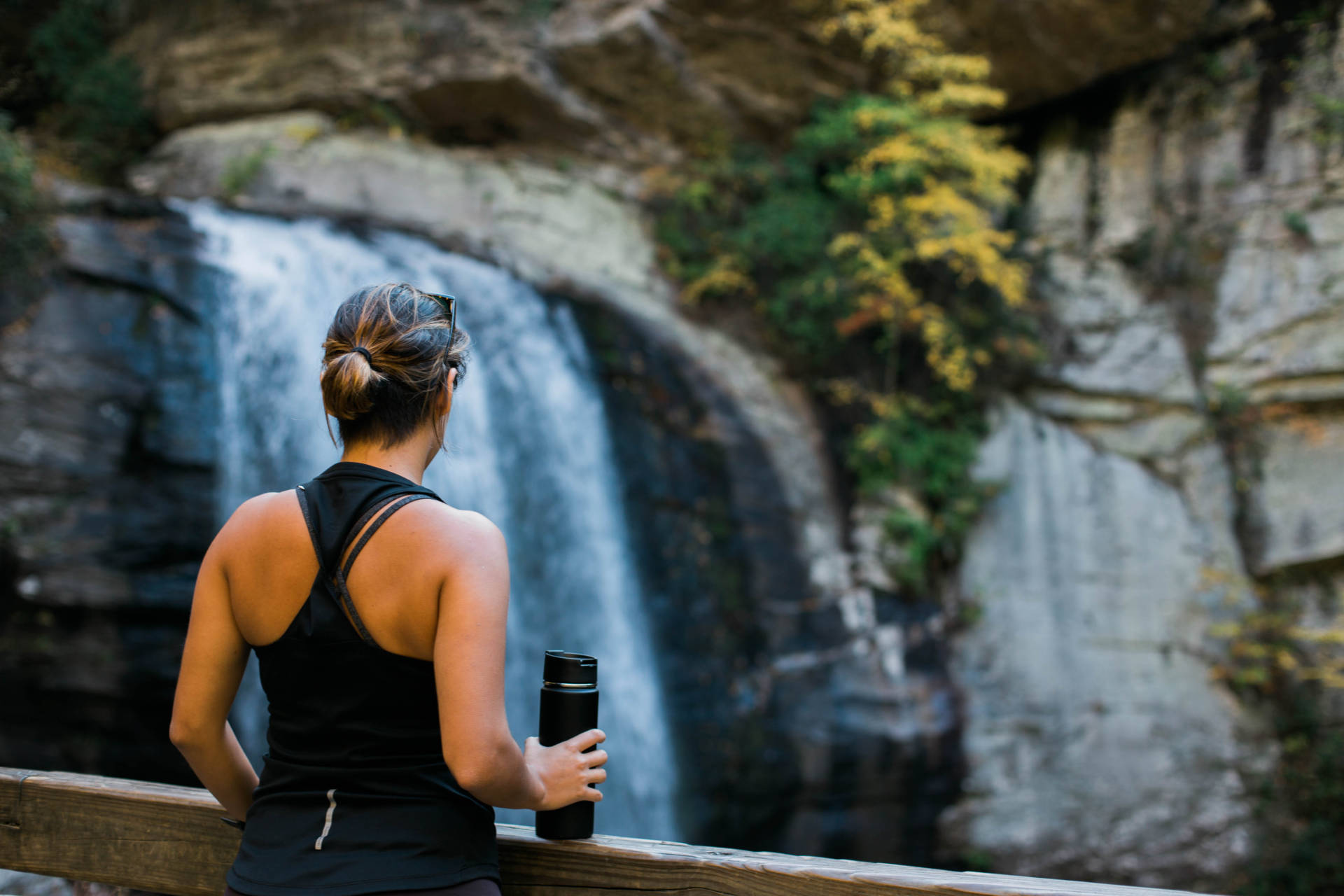 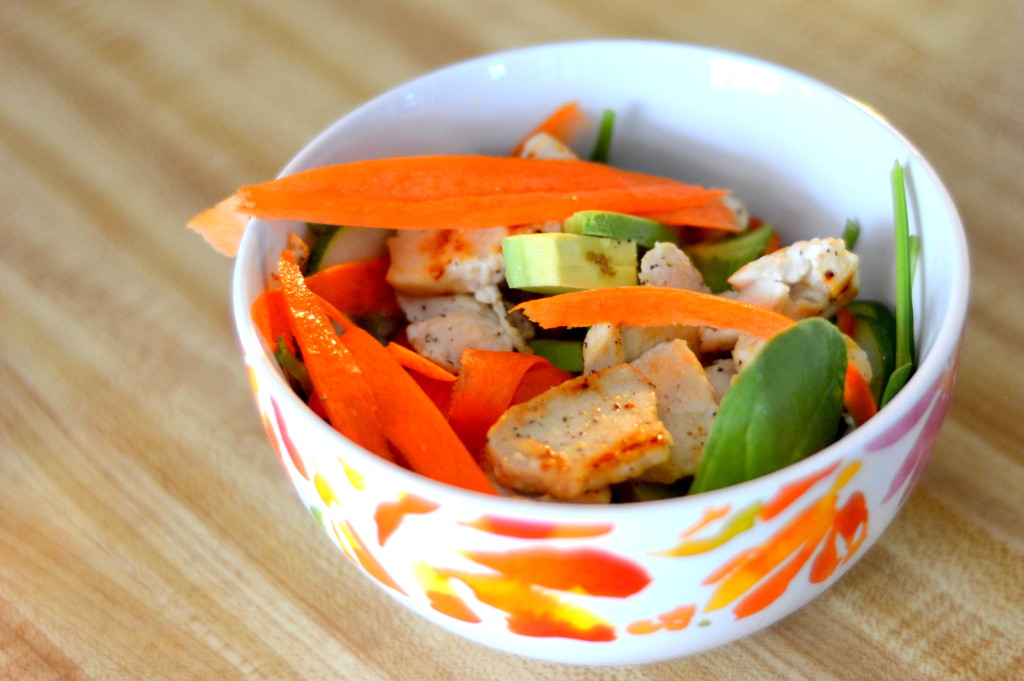 I’m so excited about this post because its’s the kind of post that can really motivate people to eat healthier. At least when I see some of the things that some of my friends eat, (or people I follow on social media) I am more likely to want to try them out.

One of the reasons why I want you to know what I have in my fridge is because essentially you could make so many different kinds of recipes with these ingredients! There’s no need to constantly be making trips to the store just to make sure you eat a healthy dinner for that night alone. The good thing about things like salmon and chicken is that you can always freeze them. Things like kale and spinach go bad faster, but at least this gives you incentive to use them before they go stale

I just recently got into chia and flax seeds, and you should too! They’re so good for you and completely tasteless. So while they don’t taste amazing, at least you can’t taste them while they’re doing so much good for your body. (I will be writing a post about what they are and what the differences are between them)

Breakfast is what gets me going and is my favorite meal of the day, so naturally breakfast is my heftiest meal of the day. Even if breakfast isn’t your favorite meal of the day, you should try to get yourself in the custom of eating around breakfast time if you don’t already. The reason I’m so adamant about this is because I know a lot of people that don’t like eating early. My boyfriend was one of those people, until he realized how deprived he was when he got to the gym. And the truth is, if you’re trying to loose weight you’re going to be finishing the race very slowly if you don’t start eating breakfast. So if you plan to work out in the morning, please for the love of god, please eat something! Even if its just a protein bar or banana with peanut or almond butter. A trick to making yourself wanting to eat breakfast is simply getting up earlier. The earlier you get up the faster you will get hungry. However, you want try to eat within the first hour of waking up .

For breakfast I eat a hand-full of blueberries at least every other day. (I eat blueberries because they have one of the highest antioxidant capacities among all fruits, vegetables, spices and seasonings. Antioxidants are essential to optimizing health by helping to combat the free radicals that can damage cellular structures as well as DNA. We recommend enjoying raw blueberries — rather than relying upon blueberries incorporated into baked desserts — because, like other fruits, raw blueberries provide you with the best flavor and the greatest nutritional benefits.)

Along with my blueberries, I usually eat oatmeal with honey and cinnamon. (try to eat raw unprocessed steel oats, with no added sugars, or fake coloring) I have also been adding a tbsp of flax seeds to my oatmeal. If I am lifting weights after breakfast I will usually eat four to five egg whites with spinach or avocado, and a drizzle of sriracha sauce. (Usually if its spicy, it will get your metabolism working faster)

For snacks I like to eat things like; a hand-full of almonds with veggies like cucumbers, tomatoes and broccoli. A sweet potato with almonds honey and cinnamon; A smoothie with blueberries, almond milk, greek yogurt, spinach and flax seeds. ( another alternative I like is replacing the fruit with apples and the greens with kale)

For lunch I like to eat things like brown rice, broccoli, chicken and beans, or a healthy version of chicken stir fry.

If you can, try to eat four times a day to keep your metabolism working. I usually like to count my smoothie as a meal if I have something along with it. You can try a brown rice cake with almond butter and cinnamon.

I hope you guys have a great day and are staying warm and dry, during this nasty weather. 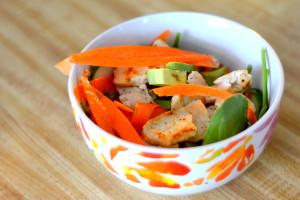 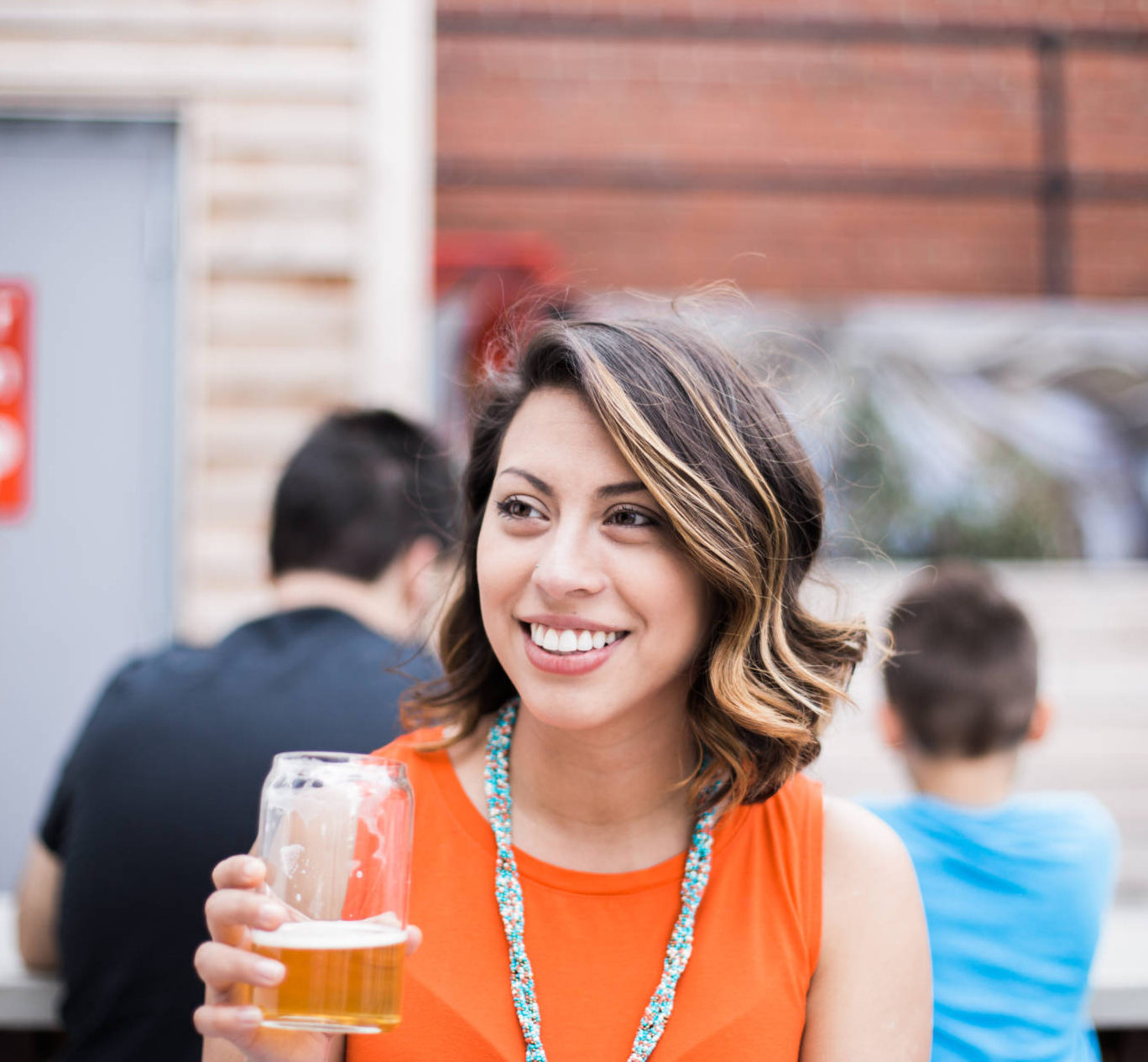 27 year old foodie living in Charlotte, NC. In love with coffee, adventure, and in love with the philosophy that no kindness is ever wasted.

Unable to display Instagram feed. Please check your account has been correctly setup on this page. This error can also occur if you have not yet published any images to Instagram or if your Instagram profile is set to Private.